“When we organize, we win!” is not just an empty slogan. ORMA has, through the activism of its members, successfully helped elect progressive candidates across Massachusetts, and pushed for legislation that protects the environment, makes healthcare available to all, and helps working families and the poor. “Elections 2020” was a major ORMA priority focused on races taking place as part of the 2020 election year. If you believe “Elections” should continue to be an ORMA priority, please fill in this form to make your voice heard. Please also consider attending the upcoming ORMA General Assembly on January 30 where ORMA’s priorities will be a major topic. Click here to RSVP. 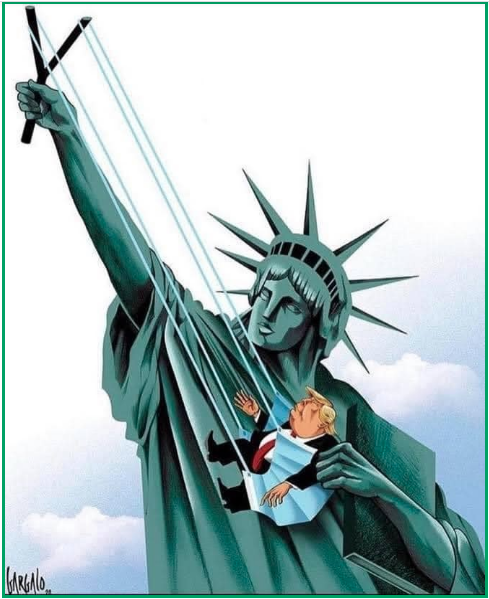 With the victory of the Biden/Harris ticket, the corruption and atrocities of the Trump administration are over, but the effects will surely plague us for a long time. After four years of lies, racism, misogyny, incompetence, and divisiveness, we now look forward to building a broad-based popular movement to advance the progressive agenda. The flipping of the two Georgia Senate seats out of Republican hands also offers the opportunity to end Mitch McConnell’s obstructionism as we move to advance and pass progressive legislation.

As revolutionaries, of course, we know that there is still a great deal of work to be done resulting from many harsh realities:

We progressives came through as voters in helping to defeat Trump, and we now need to accompany any post-election “glow” with some serious planning and work, both in the short and long term. We must continue to fight for the priorities that are at the core of ORMA’s work. At least now we have a president with whom we can strive to bring those priorities to reality.

We know that when Our Revolution applies its energies and endorsements to progressive candidates, it can make a big difference. In 2020 alone, over 230 state and local office candidates endorsed by OR were victorious – not to mention the many successful ballot initiatives we put our name and campaign efforts behind. Furthermore, all candidates at the national level who supported the Green New Deal and Medicare for All won their races, except for a few running in difficult districts.

Beyond Georgia, we can also apply our energies to bringing more transparency to the Massachusetts State House by supporting Act on Mass’ Transparency is Power Campaign. This campaign is focused on organizing constituent power in every corner of the state to demand our legislators change the State House’s broken, anti-democratic rules. take action here.