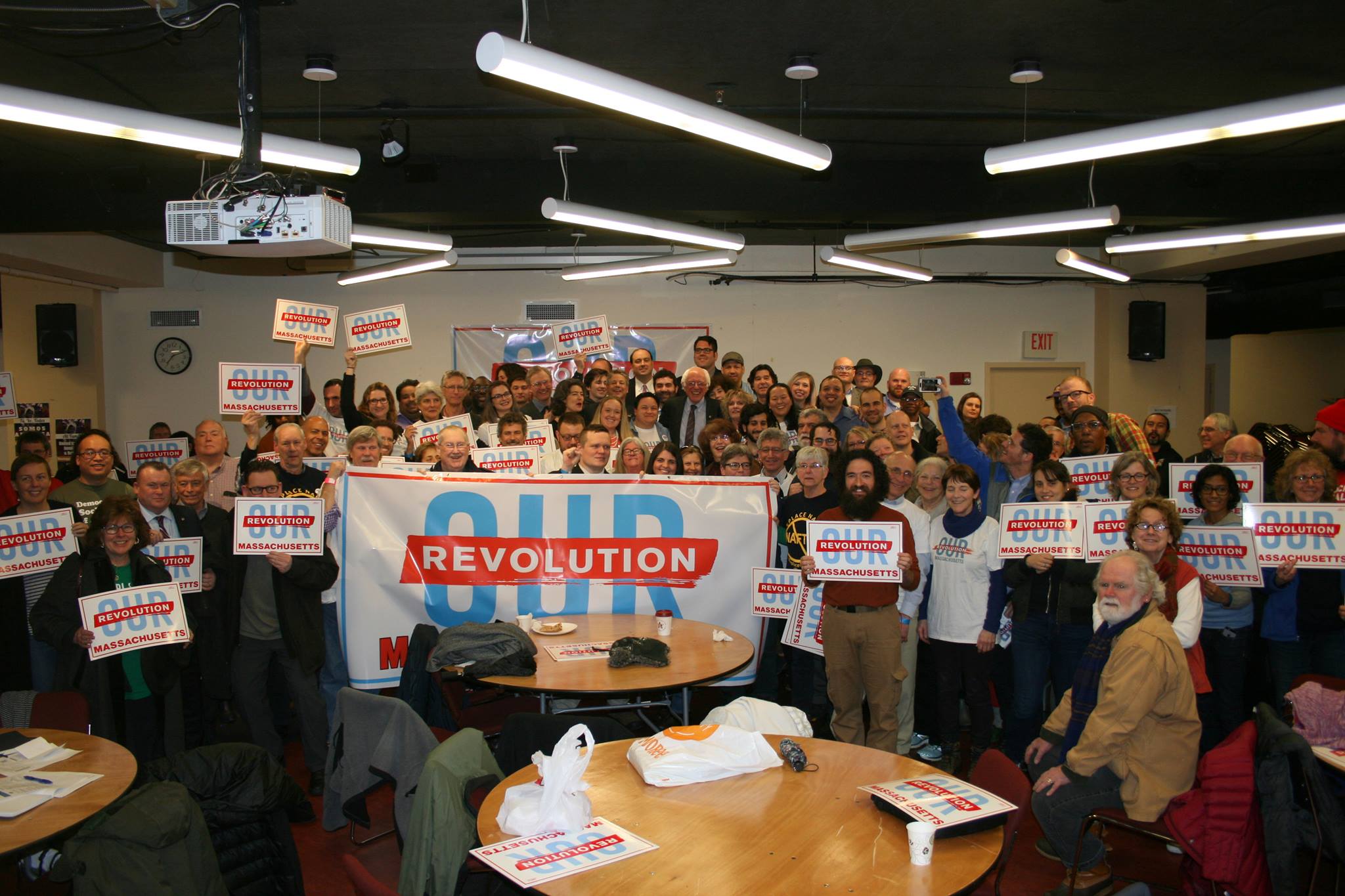 The work of Bernie Sanders supporters to revitalize the progressive wing of the state Democratic Party will be on display in Worcester June 3 when Our Revolution Massachusetts (ORMA) makes its first appearance at a Democratic State Convention.

“Having elected over 700 progressive delegates at this spring’s town and ward caucuses, ORMA supporters will form a substantial number of the 4,529 confirmed total convention delegates — itself a record-breaking number for a platform convention,” said Nancy Stenberg, long-time Democratic State Committee member from Easthampton and leader of ORMA’s Caucus and Convention committee.

The state convention will adopt a new party platform, last revised in 2013.  This year’s draft platform is more progressive due to ORMA’s efforts and integrates many of the key policy positions of the Bernie Sanders campaign.

“This year’s Massachusetts Democratic platform is a bold statement of our values,”  said Paul Feeney, co-chair of the platform committee and former Massachusetts Director for the Sanders campaign.  “Our Revolution Massachusetts and their allies have led an impressive, grassroots effort to recruit delegates, mobilize Democrats and organize voters around a shared set of ideals that lift people up and gives them hope. With the Trump administration and their Republican allies in Washington and Massachusetts going after the middle-class and low income families, it is more important now than ever that we unite. The efforts of Our Revolution will end our focus on transactional politics and will instead, build a transformational movement that will make us better as a party and as a Commonwealth for generations to come.”

In preparation for the convention, ORMA held 8 delegate trainings with over 600 attendees, providing education about the planks and ways to have an impact.  On the convention floor, delegates will work to pass additional platform amendments, as well as charter amendments to add more elected state committee members and to reduce the number of delegate signatures needed to bring up charter amendments for a vote in future conventions.

“I want to commend Our Revolution Massachusetts (ORMA) for the impressive role they played in training ORMA members to run as delegates, and for advocating for the most progressive Mass Democratic Party platform ever.” said State Senator Jamie Eldridge (D-Acton), a Sanders delegate to the 2016 national convention and state Platform Committee member.

Working with allied groups including Progressive Massachusetts, Progressive Democrats of America, Massachusetts Peace Action and labor organizations, ORMA organized voters to attend dozens of platform hearings in April and May, advocating for a $15/hour minimum wage, paid family and medical leave, an end to high-stakes testing, free public education as a human right and corresponding funding, making Massachusetts a sanctuary state, comprehensive criminal justice reform, an end to militarization of the police, expanding voting access through automatic registration, guaranteed early voting in all elections, and a foreign policy based on diplomacy rather than militarism.

Our Revolution Massachusetts was officially launched on March 31, 2017 at a rally at Boston’s Orpheum Theater featuring Senator Sanders and Senator Elizabeth Warren, who were joined by many other leaders in the movement for social, economic and racial justice in MA.

The three interwoven goals of Our Revolution are to revitalize American democracy, empower progressive leaders, and elevate the political consciousness. With 20 local affiliates and 2500 members statewide, Our Revolution Massachusetts is carrying the torch of the political revolution Senator Sanders sparked and organizing a movement to challenge Trumpism with a powerful grassroots message of unity, progress, and democracy.