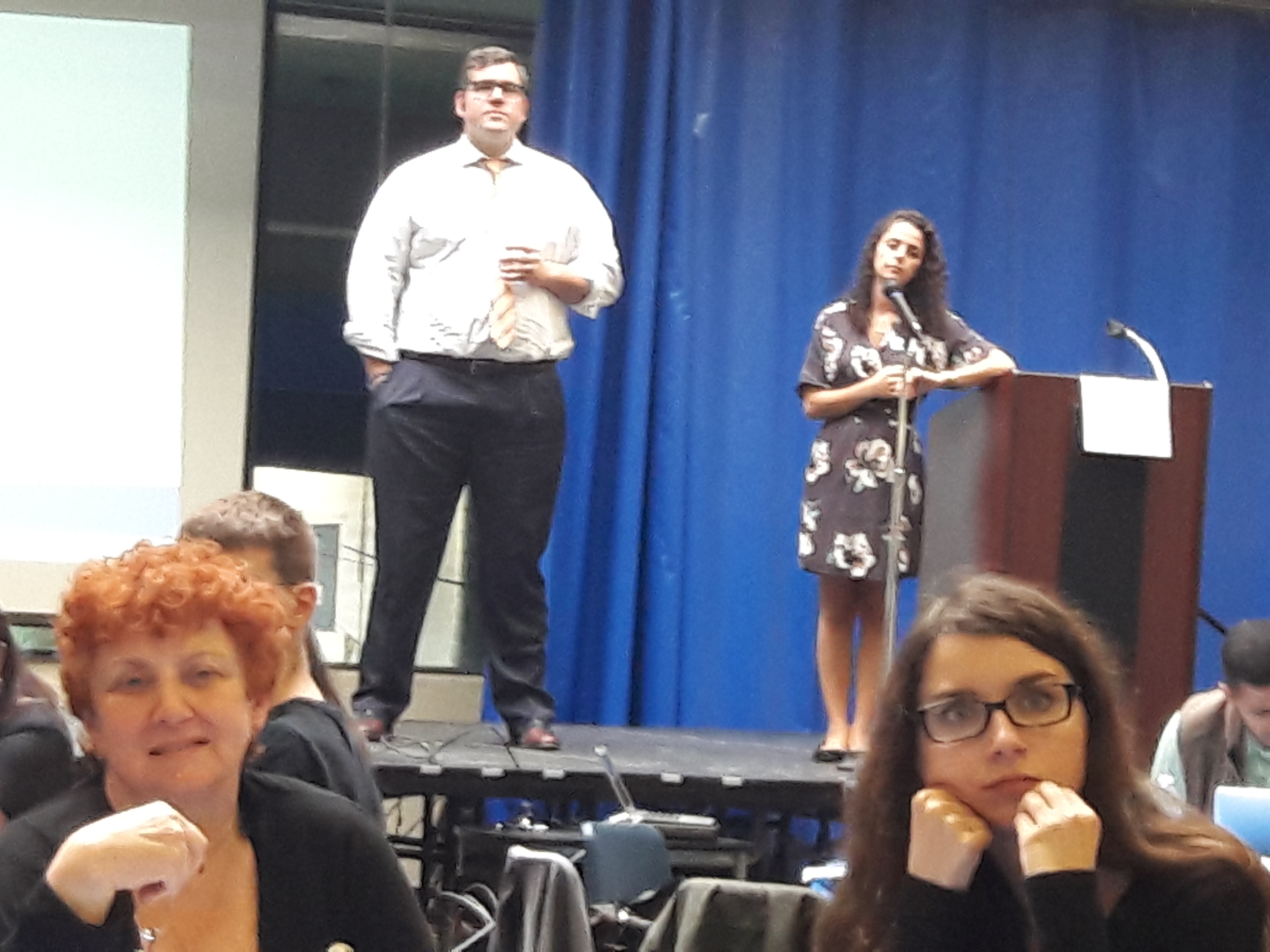 On October 14th, in Lexington, more than a  hundred activists from diverse backgrounds came to learn how to be effective lobbyists for the current Medicare for All legislation in Massachusetts. Sponsored by Mass Care , the training was to prepare activists for the Lobby Day on November 14th on Beacon Hill.  The workshop was led by Mass Care members and legislators Senator Jamie Eldridge and Representative Mike Connolly. Jay Gonzalez, a Democratic candidate for governor, also made an appearance.

These are the two current bills discussed at the workshop:

The goal of the workshop was to train attendees to become capable of promoting S.619 and S.610, and inspire as many as possible to schedule meetings with legislators to seek legislative support, learn legislators’ views on Single Payer, and provide information to make informed decisions on these bills on November 14th.

Four panelists, Senator Jamie Eldridge, Ture Turnbull, Justin Mendoza, and Jordan Berg-Powers shared their experiences on how to be an effective advocate. Techniques include being informed about legislator’s policy positions before meeting with them and sharing persuasive personal stories that point to the need for reform.

I served as a facilitator when we broke out into small mock lobbying groups. One of the participants was very concerned about Medicare for All.  She had recently joined Medicare, but medications previously covered under Medicaid for her arthritis, would now be prohibitively expensive under Part D Medicare plans.  Medicare was not a boon for her and this put her at odds with the concept of Medicare as a solution.  She was unfamiliar with Single Payer in general, unaware of its wider coverage, no out of pocket expenses. Risk pool size and shrunken bureaucracy was not her interest.  Her concern was peace of mind so she would not be bankrupted or her health compromised by costs she could not bear. Some arguments may not dovetail with particular audiences. Listening and focusing on issues that directly impact individuals personally is more important.  This taught us a significant lesson.

How we look at and decide what is important about single payer may not be the same for everyone.  The member of our group did not have a favorable view of Medicare since she was going to incur more expenses on that program and so was skeptical about Single Payer. I described single payer as insurance with the largest risk pool and greater bureaucratic efficiency.  She was turned off by that since her view on Medicare for her was it was going to bankrupt her.

I realized that when we advance Medicare as a model it may not always be viewed positively. It was an enlightening moment to make sure we have listened to where someone is coming from, and from there address their concerns, not whatever we assumed was important.  Medicare as a frame for SP insurance did not work for her, and she was vehement about it.  In fact, the term Medicare For All gave her no clue what it was.

Eventually the conversation continued, and we explained that she was right that present-day Medicare does have it flaws, that single payer health insurance would expand coverage, and that she would not be paying sums that she could not afford.

The break out groups proved to be an especially effective way of learning how to respond to arguments on the other side.  Participants left better educated and better prepared for the November 14th lobby day as well as the debate in the weeks and months to come.