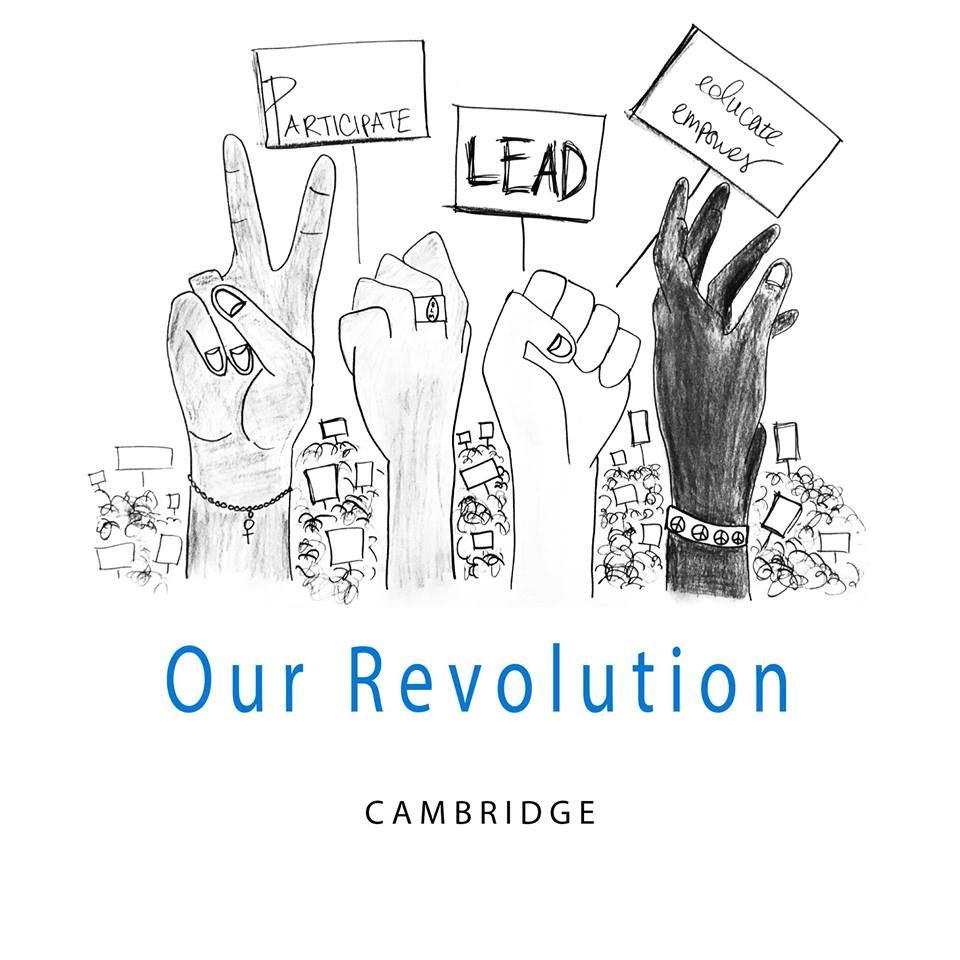 Our Revolution (OR) Cambridge conducted an extensive, as well as highly transparent and democratic process to select candidates for our City Council. It is a challenging city to engage in such an effort.  First, the situation in Cambridge is exceptionally complex. There are 9 seats to be filled, all at large, and all via a ranked choice voting system. This creates an unusual dynamic where every candidate is competing against every other. This is exacerbated by the fact that we often have a very large pool of candidates, and this year was no exception, with 6 incumbents running for re-election alongside 20 newcomers. We followed National OR guidelines which can be boiled down to:

We put out multiple communications to our membership via email, Slack, and general meeting announcements calling for anyone interested to participate in our “City Council Committee” (heretofore referred to as “CCC”). We assembled a group of ~10 individuals willing to do this work in crafting and administering the endorsement process. We also chose not to close the committee, but keep it open, regularly relaying our progress in reports to general membership while soliciting feedback and approval at every step (satisfying step 1). We prepared an overview of our general approach, and presented it at a general meeting, and held a vote of approval for membership to accept the committee and its general approach (which passed unanimously). Over the course of nearly a dozen meetings and tens of hours this summer, we completed steps two through four.

This began with the crafting of an exhaustive questionnaire, which was voted on and approved by membership and can be viewed here. It was distributed to 25 of the candidates via emails to their campaign email addresses, and to the 26th candidate by mail, because an email address was not available. Candidates were given two weeks to fill out and return the questionnaire, with those not filling it out getting cut from further consideration. Fifteen of the 26 candidates returned the questionnaire (satisfying (2), above). Because we believed that 15 was still a bit large / unwieldy for effectively holding a panel, we decided to hold a membership vote prior to the panel to decide who to invite. To help inform members, we created a channel on our Slack for discussing questions / thoughts about candidates. Sean who has substantial expertise in quantitative analysis spent an entire weekend pouring over the questionnaire results to prepare a comprehensive report to inform members’ decisions, which you can view here. Members were also given full access to the actual questionnaire responses.  These included an open end comment section in which candidates could qualify any answers and provide additional information that the questions did not address. Thus, members had access to wide array of both quantitative and qualitative information to inform their decision-making process.

This vote was carried out as an approval vote, where members could vote for as many candidates as they wanted to hear. Any candidate receiving > 50% approval received an invite. Of the 15 candidates that turned in questionnaires, 9 received the requisite 50% or greater to receive an invite. To ensure the integrity of that election, Sean checked the lists of those who have voted against our membership list (i.e., who receive our emails, having attended at least one or our events) to make sure there is no brigading.

Next, the CCC negotiated a date that could ensure attendance of 8 of the 9 invitees, and made provisions for the one unable to attend to record their responses in video format to be played at the panel event. Each candidate was given a total of 10 mins of time, divided into a 3 min opening statement, 2.5 mins for answering a specific question for them chosen from among those submitted by membership, 2.5 mins for answering an open-ended question, and 2 mins for a closing statement. Upon conclusion of the official panel, we allotted an additional 30-45 mins for general mingling to allow those attending to talk to candidates in an informal setting, followed by 45 mins of “members only” to straw poll people’s thoughts and allow a platform for people to speak for / against candidates near the borderline of approval for the final endorsement vote. We set this at 67%+, as we wanted to be sure that those getting endorsed excite a majority of members, ensuring that we are actually able to get people to out knocking doors for them.

We video recorded the final panel so that it could be shared after the fact with any members unable to attend, and also configured a redundant audio recording mechanism direct from the program microphone in the case that the camera sound was not of sufficient quality. You can view the video here, and listen to the audio here.

The vote to endorse was held from 1 PM on 9/9 (just after the panel), through 11:59 PM on 9/11, with members being able to vote for all 15 who turned in the questionnaire, even if they had not been able to attend the panel. This was publicized ahead of time in the newsletters leading up to the event, at the panel itself, via a special edition newsletter sent out the night of 9/9, and via personal calls/emails to active members notifying/reminding them to vote. We chose a 67% cutoff to ensure strong consensus that could be parlayed into strong action. This (9/9-9/11) was a much shorter time frame than we would have liked, but because of OR National surprising us only a week or so before with the announcement that 9/15 would be the deadline for submitting any national endorsement nominations, we were left with little choice.

ORCambridge is extremely proud of the heroic work that our committee did ensuring that process was through, open, transparent, and democratic as possible and that they did so with limit resources and under very tight time constraints. Further, we did everything we could to make it possible for members to become “high information voters.” But as proud as we are of this work, we are always striving to improve our processes and have already begun to discuss how we can improve an already excellent process for next cycle.