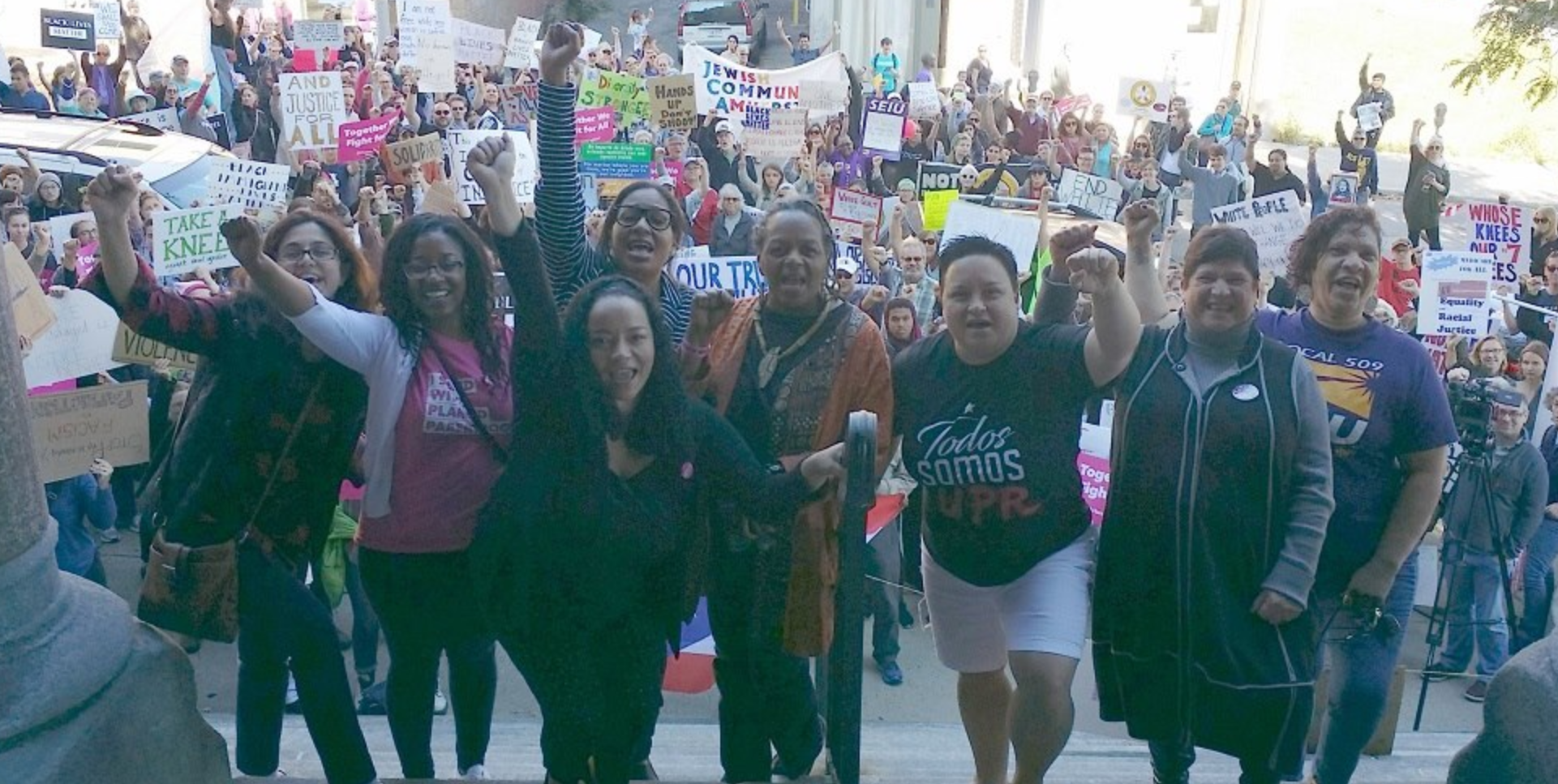 The idea: Over the summer there was a trend of nooses being left in public places such as the Smithsonian African American History Museum. There were also a number of incidents involving nooses being left for individuals in their work spaces and on college campuses. I felt not only rage at the incidents, but also personally connected to the reports having experienced something similar. I decided to reach out to others in my community to gauge interest in organizing an event in support of racial justice and equality here in the Pioneer Valley. When the National March For Racial Justice was moved from it’s original date of 9/9/17 to 9/30/17 in honor of the Elaine Massacre it seemed appropriate to develop an official “sister event”. I reached out to others across the state and was able to coordinate with another activist who also held a solidarity event on October 1st in her region. We were enthusiastic about the idea, about our shared ideology, and the fact that we were both black, female organizers. We agreed to focus on highlighting the diversity in our regions with local voices and to raise awareness about the systemic oppression that diverse communities experience.

Execution: If I’ve learned anything through this experience it is that spearheading a project like this is essentially dependent on your team. The people who are executing the idea need passion, organizational skills, and dedication. In the end we had about 35 cosponsors and 7 speakers all from the local Western MA community. That doesn’t happen by chance. Assembling a team of varied, spirited individuals who are active in the community is a key component to organizing a successful event. Community organizing means bringing the everyone together and it takes a team of dedicated people to not only grab the attention of others but also to show that your cause is worthy of participation. In this type of endeavor, your team has to demonstrate to others that you are capable, reliable and trustworthy. Passion must be genuine in order to motivate others to get involved.

The End Result; We had rousing and spirited event with a speaking program featuring the voices of minority women. We managed to address the crisis in Puerto Rico, the national movement for peaceful protests, reproductive justice, immigration, faith based discrimination, the importance of unions, police brutality, and the impact of community activism in about 45 minutes. Not only was our speaking program representative of our racially diverse community, but we were also able to represent the voices of immigrants, unions, the LGBTQ community, the reproductive justice community, various age groups and multiple communities of faith. We had one of the largest rallies in Western MA in recent months and it was a peaceful and uplifting experience. I know that our organizing team is exhausted, but I am certain that I speak for all of them when I say that it was one of the most satisfying and uplifting organizing experiences we’ve had.