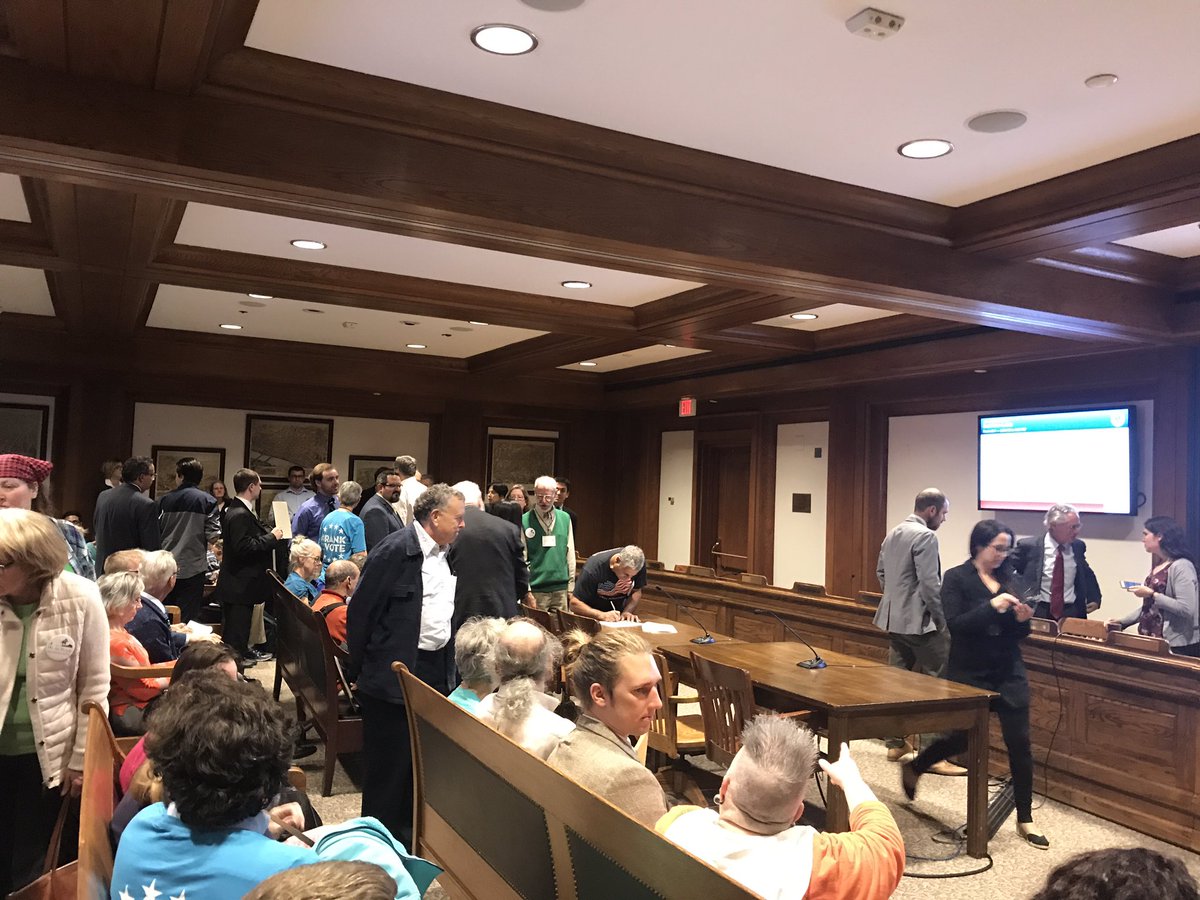 The Joint Committee on Election Laws held a hearing in a packed basement room at the Massachusetts Statehouse on October 12th that could potentially pave the way for Ranked Choice Voting throughout our state and a 28th amendment to the U.S. Constitution to end corporate personhood and publicly finance all elections in our country.

The RCV proponents from Voter Choice MA, many wearing matching blue t-shirts, made the case for bills S.380/H.2897 and H.377, with compelling testimonies explaining the merits of RCV and the shortcomings of the current plurality system.

The 28th Amendment proponents from Wolf-PAC and We The People MA made the case for bill S.379, known as the We The People Act, calling for an Article V Constitutional Convention to create an amendment that will establish elections which are free of the corrupting influence of money in politics and fair enough that any citizen can run for office. Passage of the bill would make Massachusetts the 6th of 34 states (2/3 of the states) needed to go to a convention.

The committee members were receptive for all three and a half hours and occasionally asked the experts a few things for clarification but did not let slip which way they would report on the bills.

There were a scattering of opposing testimonies laden with skeptism and misinformation but they were eclipsed by the 60-odd Voter Choice MA and Wolf-PAC/We The People activists dominating close to 80% of the proceedings.

More hearings devoted exclusively to each effort are being scheduled for the upcoming months to bring them another step closer to realization.