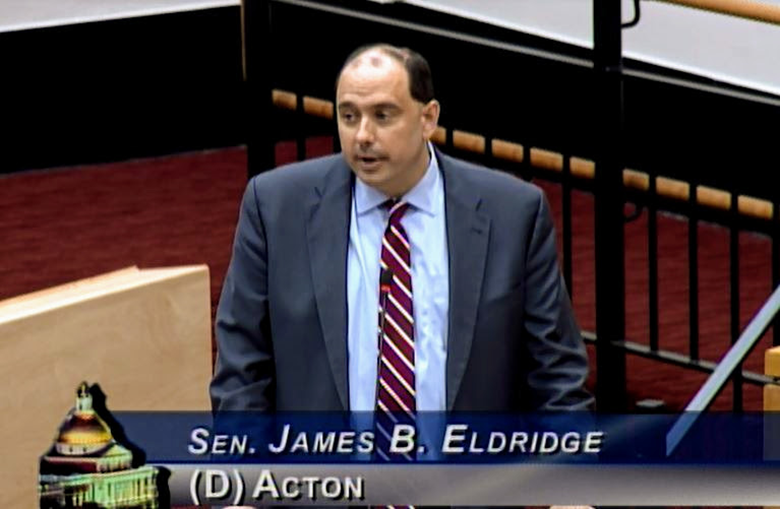 Many of us can recite Senator Sanders’ speeches by heart. In his rousing call for economic, racial, environmental and social justice, he says, “We need to invest in jobs and education instead of jails and incarceration.”  The Massachusetts legislature is putting these words into action. Both the State Senate and the House of Representatives passed separate criminal justice reform bills before the end of this session. Now they will go to conference committee, which will work on a final bill to bring to a vote in 2018.

Counter to our reputation as a progressive state, research shows Massachusetts is sorely in need of these reforms. While African-Americans and Latinos are incarcerated nationally at 5.1 and 1.4 times the rate of whites, African-Americans and Latinos in Massachusetts are incarcerated at 7.4 and 4.3 times the rate of whites. The rate of disparity for blacks in Massachusetts is 45 percent higher than the national average, while for Latinos, it is more than three times the national average. Research shows that mandatory sentences contribute to these disparities because neutral judges’ hands are tied by prosecutors, whose prosecutorial decisions are made behind closed doors.

ORMA member Representative Mike Connolly (D-Somerville) said, “As a licensed attorney, and as someone who has volunteered with the Committee for Public Counsel Services, I have seen firsthand how shortsighted and oppressive our criminal justice system can be and how it disproportionately impacts people of color in our state. That’s why I am very proud to say that I recently joined with House colleagues in support of comprehensive criminal justice reform legislation. The work we are doing with this bill will lead to a more equitable justice system by supporting our youngest and most vulnerable residents, reducing recidivism, increasing judicial discretion, and maintaining public safety.”

“Many of my top priorities were included in the final House bill,” continued Representative Connolly. “These include ending several mandatory minimum sentences, reforming the bail process and creating diversion and restorative justice policies, providing more pathways for expungement and sealing of records, creating a process for compassionate release, and limiting the use of solitary confinement.” He said members were also successful in keeping bad provisions out of the bill such as “A proposed expansion of invasive government surveillance of residents’ phone and online communications, and senseless attacks on immigrants.”

The bill passed the House on a bipartisan vote of 144-9. Representative Connolly felt there ways the bill could have been even stronger, however, “It represents a huge step forward that will create meaningful opportunities for thousands of people to overcome past mistakes and work towards becoming productive members of society.”

According to State Senator and ORMA member Senator Jamie Eldridge (D-Acton), “Both bills have reformed many parts of the criminal justice reform, including repealing mandatory minimums, protections and rights for people in solitary confinement, juvenile justice, reducing the school to prison pipeline, justice reinvestment, medical release for prisoners close to dying, restorative justice, encouraging more diversion programs from going to court and getting a criminal record, reducing the size of fines that can be an extreme burden for indigent defendants, bail reform, and reducing drivers’ license suspensions.”

State Senator William Brownsberger (D-Watertown) has been a strong advocate for criminal justice reform and was quite instrumental in passing the bill in the Senate. He said, “We need to lift people up instead of locking them up and we need to cut the chains that hold people down when they are trying to get back up on their feet. The bill we passed last month speaks to these needs at every point in the criminal justice process. It looks at the criminal justice system from front to back and makes responsible changes that will continue to protect public safety.  Both the House and Senate have passed very significant bills and we are now embarking on the process of reconciling the differences.”

How can ORMA members help at this point?  “It is important for ORMA members to weigh in with their State Senators and State Representatives, to tell them how they feel about different parts of the bill,” says Senator Eldridge.