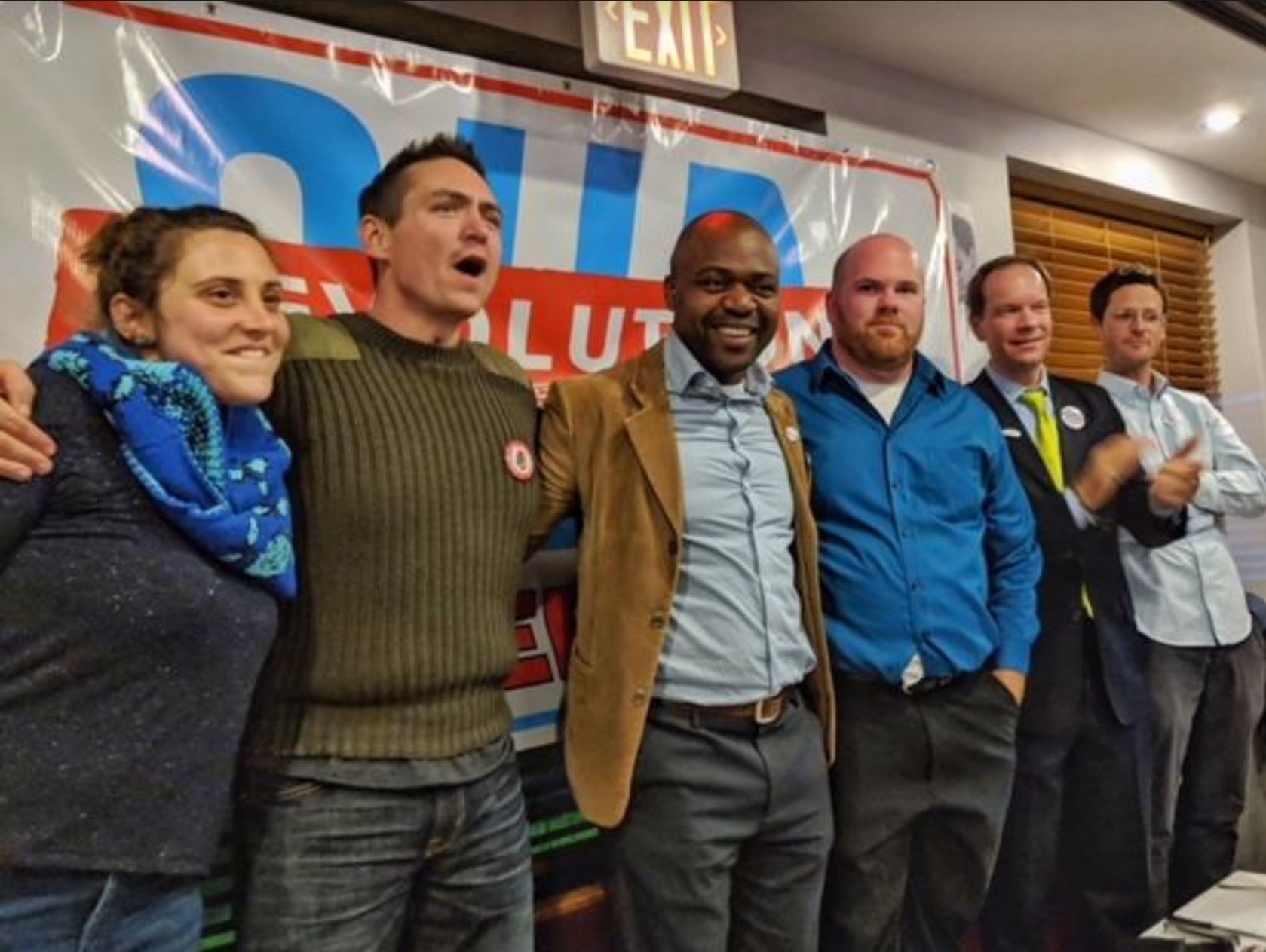 On Tuesday, candidates supported by burgeoning political organization Our Revolution Massachusetts (ORMA) secured significant victories all across the state.

Our Revolution affiliate in Metrowest helped carry their one endorsed candidate to victory on the Framingham City Council, Margaret Shepard.

In Newton, four out of eight of the candidates endorsed by Our Revolution Newton were elected. Matthew Miller to the School Committee and Alison Leary, Andreae Downs and Maria Scibelli Greenberg to the city council. The ballot question about a change to the city’s charter was not supported by OR Newton and did not pass.

Our Revolution Somerville organizer Penelope Jennewein credits their big win with two key factors: “Community groups working on issues such as equitable development set the stage for us.” Running as a slate, “We put boots on the ground and canvassed for eleven weekends leading up to the election—an average of about 300 doors a weekend.” At the joint victory party Tuesday night Jennewein said candidates acknowledged Our Revolution as the unifying force driving their campaign.

To join an Our Revolution group near you, visit http://ourrevolutionma.com/orma-affiliates/

Our Revolution Massachusetts is meeting Sunday, November 12th in Quincy for a Ratification Congress where members will vote on a new organizational structure. For more information on how to attend, visit http://ourrevolutionma.com/new-governance-structure-for-orma/ or register here.