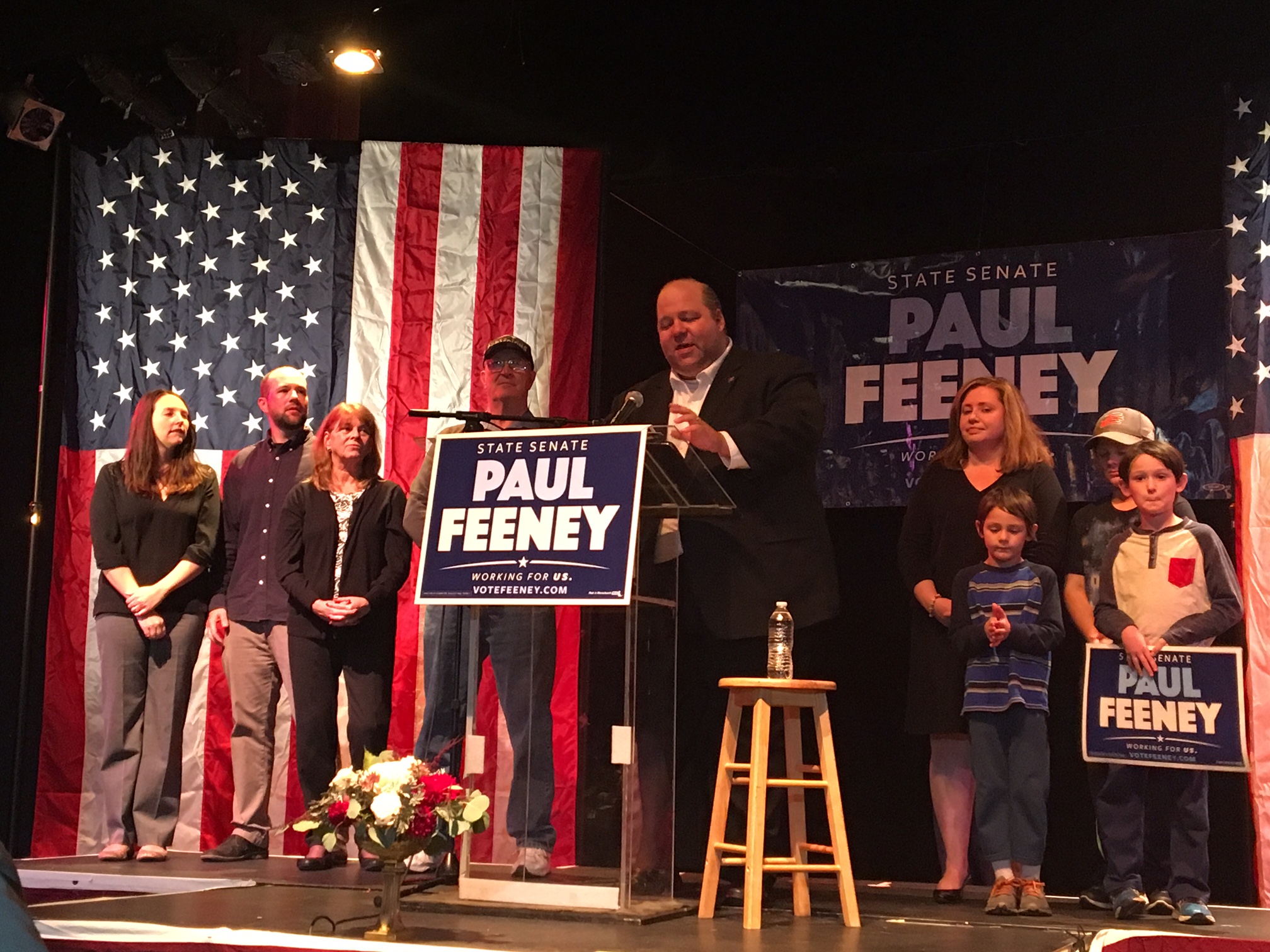 We are thrilled to announce that former Bernie Sanders state director Paul Feeney is the new State Senator from the Bristol & Norfolk District!

This was the first major test of the Our Revolution Massachusetts’ (ORMA) organization in the state. ORMA was with Paul all along, a loyalty that runs deep within the organization. This loyalty comes from Paul’s unwavering support of the core issues of the Sanders campaign and from Our Revolution members’ overwhelmingly positive personal experiences with Paul while he was the state director for the campaign.

ORMA played its role in the primary by supporting the Democratic candidate most aligned with the organization’s values and concrete goals: Creating a more equitable Commonwealth for all by supporting a $15 minimum wage, Paid Family Medical Leave, and a Single Payer Healthcare system.

While ORMA endorsed and went to work for Paul in the primary, we were pleased by the outpouring of support from the Massachusetts Democratic Party during the general election.This cooperation helped build a greater sense of unity between ORMA and the Democratic Party and resulted in a major win for the people of Massachusetts.

Despite negative attacks from the other opponents, Feeney ran a positive campaign focused on the issues that affect those living in the Bristol Norfolk County. “The people of this district will have a senator who is bringing people together in pursuit of good jobs and fair wages, good benefits and decent retirement,” he said in his victory speech. “We will work to provide critical resources to our public schools, and a fair tax system without overburdening working families and small businesses.” He asked, “Is it such a radical thing to think people who work for a living ought to earn a decent living?”

Paul will most likely be sworn in next week. At the end of his speech he advised supporters, “Take the Paul Feeney lawns signs out carefully and take good care of them.We are going to be needing them again real soon.”