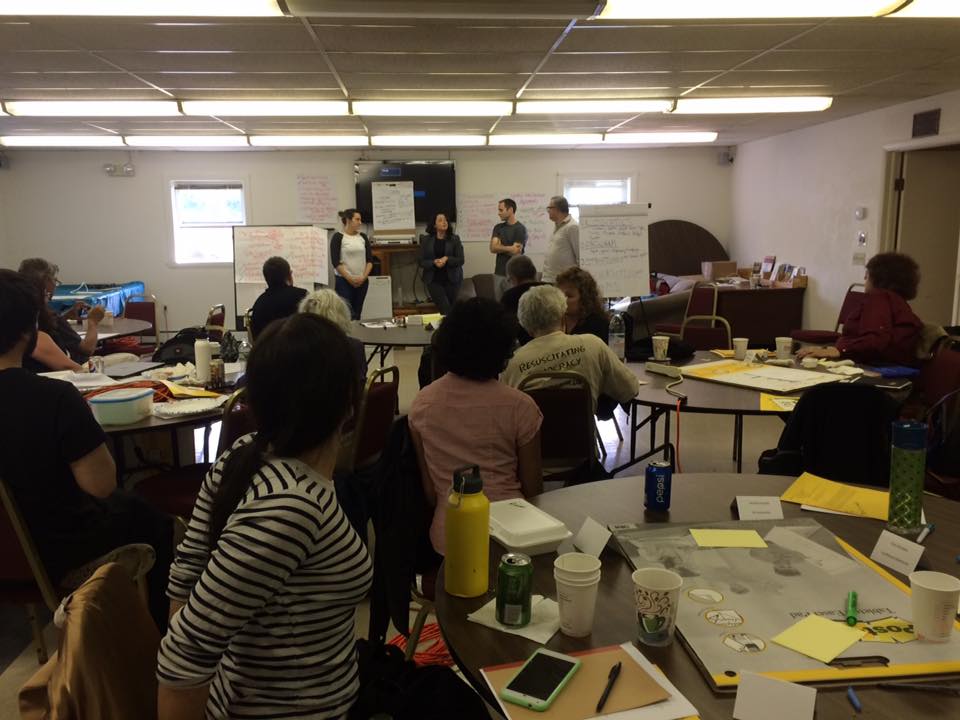 On Saturday, July 29th, the Our Revolution Massachusetts (ORMA) Transition Team (TT) met all day at the Matthew John Whittall Lodge in Shrewsbury to form a team and begin the work of structuring a transition to a new ORMA, including an October founding conference.

Among the 40-odd people gathering representatives from 18 OR Affiliate Groups, unaffiliated TT members representing regions without affiliates like Springfield and Medford, members of the ICC, and helpers from the Mission, Structure and Planning (MSP) team (full list: https://goo.gl/ESAJe6).

The day’s agenda proceeded through the following topics:

In an impromptu change, Session 5 (Transition Team Structure) led to a freewheeling period of discussion and decision-making.  The attendees adopted Robert’s Rules of Order and sought to narrow the unknowns such as new leadership structure and the work ahead.  Although the formalities of Robert’s Rules slowed the flow of discussion and irritated many people, the session led to the creation of five “buckets” for committee work, with “bottom-liners” who would make sure it would be done: .

At the end of the day, responding to the question “How much do you feel like a team now?” using a “fist-to-five” scale, attendees overwhelmingly gave the experience three fingers, a highly positive outcome.  Finally, four volunteers formed an initial Coordinating Committee – Vicki Dzin (Boston), Paul DePalo (Worcester), Chris Braiotta (Medford), Penelope Jennewein (Somerville), by design neither ICC nor MSP members  — and led the final closing reflections.

To conclude the meeting, we formed a circle and containing a warm, energized collective energy that filled the team with hope for a new ORMA, founded on collaboration, trust, and the five principles upon which the now-defunct MSP had based its work.

Post-Launch Trajectory: an in-depth article about what happened after the launch meeting, issues under consideration, calls for participation, and upcoming decisions.