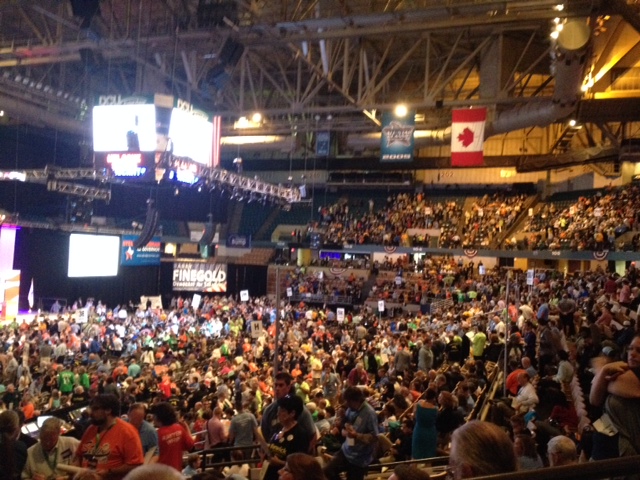 Bernie Sanders supporters have begun revitalizing the progressive wing of the state Democratic Party with a spate of Our Revolution Massachusetts (ORMA) amendments and resolutions to be presented at the Democratic State Convention on June 3rd.

ORMA is also bringing the muscle to carry these initiatives. “Over 700 progressive ORMA supporters will form a substantial number of the 4,529 delegates — itself a record-breaking number for a platform convention,” said Nancy Stenberg, long-time Democratic State Committee member from Easthampton and leader of ORMA’s delegate recruitment and training project.

This year’s state convention will adopt a new party platform, last revised in 2013, which is already more progressive due in part to ORMA’s efforts, and integrates many of the key policy positions of the Bernie Sanders campaign. ORMA will also introduce eight new platform amendments: https://sites.google.com/view/ma-convention-17/amendments.

One new progressive amendments address Public Safety and Crime Prevention highlighting language from Black Lives Matter, among others; Housing; cancellation of Student Loan Debt; Voting and Democracy; Climate Justice; Massachusetts in the World; Peace in the Middle East; and a key amendment to the Preamble–that the State Party prioritize support to those Democrats who actually abide by the platform adopted.

In addition, delegates will introduce several resolutions, including one on the use of Nuclear weapons by the executive branch, and one in support of the two Medicare for All bills currently before the State Legislature.

Two charter amendments will be introduced as well, geared to shift the balance of decisionmaking from small central groups to the delegate body.  Read more about ORMA’s role at the convention at http://ourrevma.org and read the text of all amendments we support at https://sites.google.com/view/ma-convention-17/amendments.