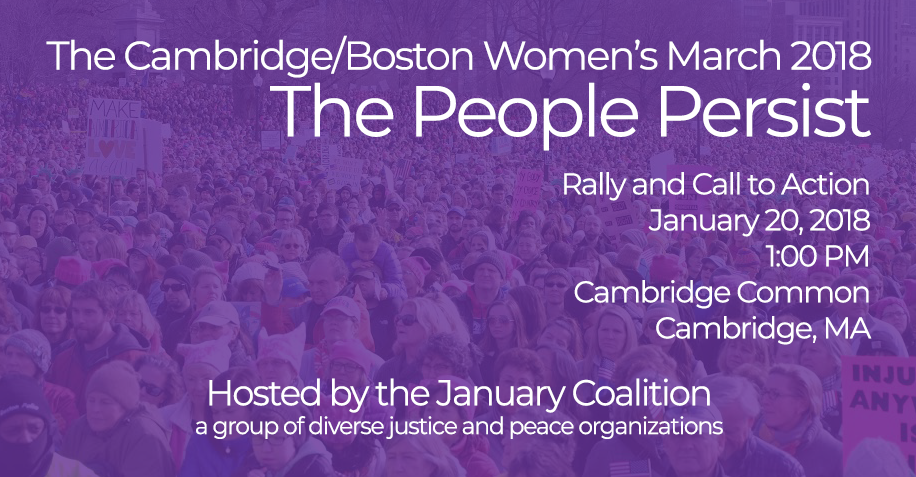 Our Revolution Massachusetts (ORMA) proudly stands in solidarity with Women’s March organizers and participants across the country. As a grass-roots political movement built on the success of Bernie Sanders’ historic campaign, Our Revolution is committed to harnessing the political power of women from all diverse and multicultural backgrounds. Increasing women’s participation in the political process is central to Our Revolution’s mission to revitalize American democracy, empower the next generation of progressive leaders and elevate the political consciousness.

Despite major advances in civil and political rights, our country still has a long way to go in addressing the issues of gender inequality, gender discrimination, sexual harassment, and sexual assault. Many of the achievements realized by women’s rights advocates in the 20th century are under attack. Denying women control over their bodies, preventing access to vital medical and social services, and blocking equal pay for equal work underlies and sustains women’s economic, political, social and sexual subordination. Our Revolution is fighting to end the injustices in our society that disadvantage women, particularly women of color, and undermine human rights.

Campaigns End. Revolutions Endure. The next step for Bernie Sanders’ Movement is Our Revolution, a national movement which will fight to transform America and advance the progressive agenda.