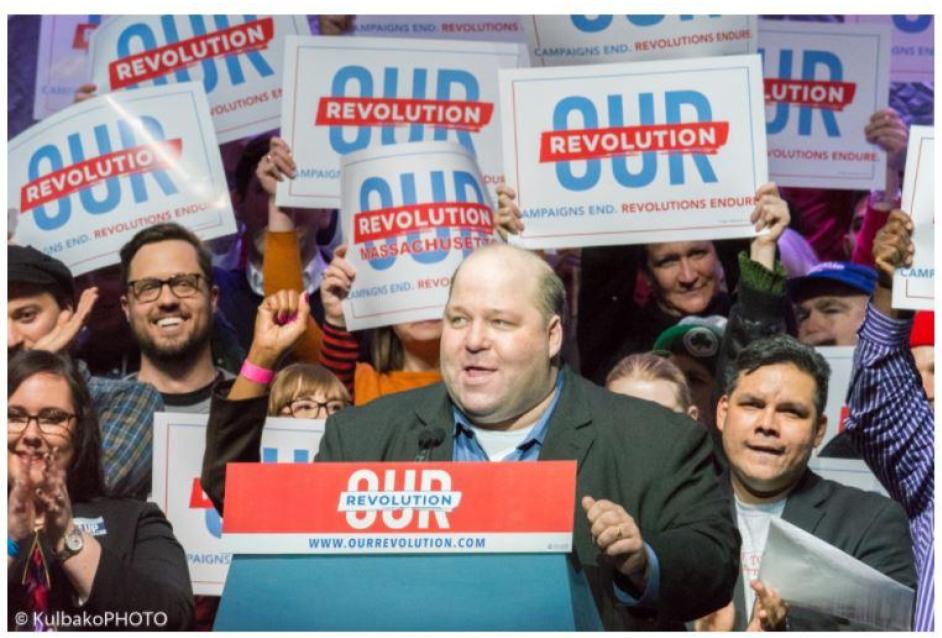 Paul Feeney in Boston during a visit from Senator Sanders, March 2017

A union member for over twenty years, Paul Feeney understands the struggle of families that are working harder than ever, seniors on a fixed income, and young men and women struggling with student debt while searching for work. Feeney will bring a diverse skill set to the State Senate having worked in the private sector, served in local government on the Foxboro Board of Selectmen, and in state government as Chief of Staff to State Senator James Timilty.

In many ways, Paul embodies the principles of the Sanders campaign. At a Boston rally in March, headlined by Senator Sanders and nationally televised on Our Revolution, Paul said “It is time to shift our focus from transactional politics to a transformational movement in the United States.”

To make a contribution to Paul’s campagin, visit  http://www.votefeeney.com. To sign up for a virtual phone bank fill out this form

The Bristol and Norfolk District is a Special Election this year with the Primary on Tuesday, September 19th.