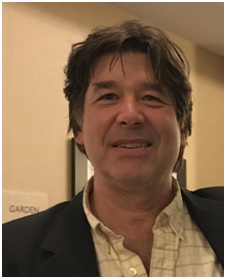 An Interview with Peter Corbett “Now is the perfect time for progressives who supported Bernie Sanders to get involved in [Our Revolution Massachusetts] ORMA,” says Peter Corbett, Coordinator of the ORMA Field Team.  “With local grassroots groups in every corner of the state, we’ll have a strong progressive infrastructure ready-to-go for the next election cycle.”

In addition to leading the Field and Affiliate Services Team (a.k.a “Field”), Peter also serves on ORMA’s Mission, Structure and Planning team, charged with launching a transition process to create ORMA 2.0. That transition will further democratize ORMA, pulling in representatives from affinity groups “to tap into the inspired energy of all the [OR] people across the state.”

The capacity of ORMA to support the work of affiliates has grown in recent months, and continues to expand.  ORMA now has a seat at the national Our Revolution (OR) table with three other recognized statewide organizations. This status makes training, data and funding available for local organizing initiatives.  For example, affiliate groups can now take advantage of an extensive network of Sanders supporters when they register events and meetings on the events page of the national website.  After a recent import of OR’s database, ORMA’s mailing list now tops 16K.

The ORMA Field team is responsible for strengthening existing OR affiliates and helping people get new ones started in areas where there isn’t one.  The graph at right shows the age of 16 ORMA chapters in Franklin County, Pittsfield, Stockbridge, the Cape, Fall River, Newburyport, Boston, Hull, Hingham, Randolph, Concord, Arlington, Cambridge, Somerville and Newton. In addition, Corbett and the Field team have their eye on new cities such as Lowell, Lawrence, Leominster, Chicopee, Holyoke, and North Adams.

“The mill towns on rivers especially hard hit by the decline of manufacturing,” says Corbett. “These areas are often overlooked by state revitalization funding.  The wake-up call from Bernie Sanders was to say, it’s time to organize and come together with one strong voice.  He spoke often about how it is our responsibility to make government listen to everyone’s needs.   If we stay silent, they just take care of the wealthiest citizens.  That was his message.”

Regular training and support calls are now scheduled on alternating weeks. These calls are for members to share ideas, network, and news of upcoming actions, including one another’s rallies, lobbying efforts, and canvassing efforts for candidates or issues. “These calls are a way for affiliate members to support each other across our groups,” says Corbett. “We are always learning how to reach more potential members, and we can help each other.”

The training calls include both peer “show and tell” and ORMA training about how to access online resources.  “On the training call last week, Karen Lee [Communications team] trained us to use the national OR website to post meetings and events,” says Corbett.  OR National is also contributing funds to hire a statewide organizer to help ORMA and its affiliates be more effective at outreach and mobilization, and these calls will be one way to get help once that person is hired.

Corbett grew up in Burlington, Vermont. “Right out of college, I was offered two jobs on the same day—one working at the original Ben & Jerry’s as an ice cream store manager, and the other as an organizer at Vermont Alliance.” He chose Vermont Alliance to work with community organizations on campaigns such as a utility ‘rate payer’s bill of rights’, and organizing mayoral debates so the local community groups could make their endorsement, when Bernie Sanders first ran for mayor in 1981.  Corbett says, “The type of grassroots organizing I learned with Vermont Alliance is timeless, a foundation of knowledge I try to bring to ORMA’s Field team as well.  Though now, with the internet, we have many more fantastic organizing tools I’m trying to brush up on.”

Corbett eventually became a psychotherapist and settled in Shutesbury, Massachusetts. He was drawn back into organizing and politics through Senator Sanders’ bid for US President, and “on a crazy impulse” raised money for the Sanders campaign by riding a unicycle from Burlington, VT to Washington, D.C. He later attended the Democratic National Convention in 2016 as a delegate.

“By creating infrastructure throughout the state, through new ORMA affiliate groups, we can activate the citizenry and build real political power,” Corbett says. “That’s what really matters.  So many have been neglected by the current system.  ORMA is all about bringing new people, working class people and young people, into the democratic process by asking, ‘What do you care about? What are the issues that you really care about?  Enduring community groups have to meet real needs. The one’s that you feel in your gut.”